‘Ayurvedic’ Indian medical literature describes nine stages in the toxic manifestations of cannabis use, starting with redness in the eyes, going on to “Complete forgetfulness” (Stage 6) and ending with the ninth stage; “shouting, fainting, rolling on the ground, difficulty in speaking, disclosure of secret feelings, misery, extreme prostration”.

The same literature states that

‘Cannabis never causes any harm to a person who takes it’. (‘Fundamentals of Ayurvedic Medicine’. Shiv Sharma. Delhi 1995).

Uncertainty of Potency: Because of current uncertainty of supply due to it’s illicit status there can be great variability in strength. Typical street ‘skunk’ will have 10-11% THC and some as much as 20%, but much cannabis in Britain has very little THC content whatsoever. According to a study by the Dutch government in 1992 the THC content of imported weed/hash ranged from 0.5 -14%, while from indoors grown ‘skunk’ they measured up to 27% THC. 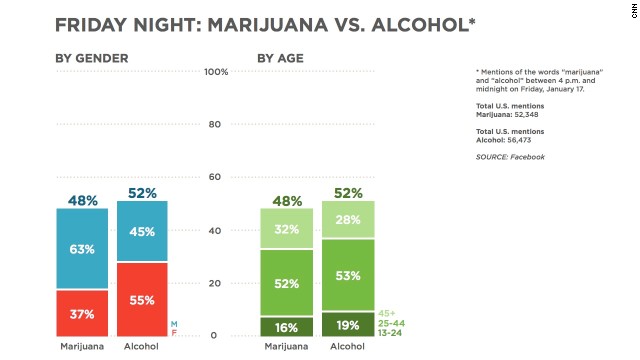 All cannabis users should avoid ‘Soap bar’ (also known as ‘Chernobyl’ in France or ‘Euro-Hash’) at all costs. This poisonous ‘Product of Prohibition’ masquerading as ‘Moroccan’ is dark brown in color. It is available all over Europe and often includes ‘free’ added animal tranquillizer (sometimes the only active ingredient). Soap bar may have flakes of plastic wrapping in it – a sure sign of a ‘remix’. If it goes brittle when you burn it you can assume the worst. Only an end to prohibition will protect people from the dangers of this type of contamination and adulteration.

If the distribution and sale of cannabis was properly regulated (the only responsible way forward), the labeling of type and strength would be possible as is usual with almost all consumer products. This would enable users to be more informed in their use of cannabis; more able to safely enjoy its many benefits.

Set and Setting: The result of the drug is a combination of set (expectations), setting, personality, and the drug. Best case: Enjoying a puff at home with a friend at the end of the day. Worst case: Taking a puff driving down the M25, then looking sideways into the eyes of a cop.

Cannabis Over Dosage: Taking too much cannabis for comfort is most common by the oral route (eating or drinking). This is because the time from taking the drug until the experience of effects begin is from one to three or more hours. Impatient, ignorant or just plain greedy users take too much – and then it hits them. They will have an unforgettable experience – but there is little chance of any lasting or life threatening damage.

Impatient overdosing with oral cannabis is the most frequent negative mention of the drug in medical literature of the 1800′s. In the last few years it has been the most common drug related problem treated at festivals in Britain (interestingly often involving older users who really should know better).

Oral cannabis over-dosage is far more intense and longer lasting than from the inhaled route. The effects are from the stimulation and sedation of the central nervous system with a flooding of ideas and images that are vivid and rapidly changing, while attention and concentration can be markedly impaired. Time perception is significantly altered with minutes seeming like hours. There may also be distortion of spatial perception, disorientation, speeding heart rate, dry mouth, and reddened eyes. Secondary physical effects, aside from a speeding up of the heart rate is generally no more than that associated with mild to moderate exercise.

The greater the dose, the greater intensity and longer these stimulant effects will last before sinking into a deep sleep. To avoid overdose by eating or drinking – try a little and wait at least an hour and a half; longer if consumed on a full stomach.

Effects On Personality: While many people benefit from and enjoy their use of cannabis, there are a minority for whom use of cannabis is contraindicated. Individuals with personalities that are prone to substance abuse, allergy, sensitivity, or adverse reactions to other medicines should exert greater caution and self awareness if they wish to use cannabis in any way.

Cannabis, an effective relaxant, can at the same time cause an alienation or detachment through chronic use. Despite the widely held ‘laid-back’ view of cannabis use, the most commonly reported adverse reaction to cannabis is in fact acute anxiety. The price of relief of tension may be a dulling or suppression of feelings, a prolonged dullness after use, paranoia and a fear of loss of control. Insensitivity to feelings of other people or situations may well result plus apathy, introspection and an increasing turning inwards.

Paranoia and delusional thinking are not uncommon effects. In chronic use paranoid and delusional thinking appear to be the consequences of the suppression of feelings. The dulling of feelings may alienate the cannabis users from others by diminishing empathetic capabilities. This emotional insensitivity then results in conflict through misperception and relationship problems causing isolation.

An effective relief of emotional distress then becomes an impediment to relationships for the cannabis user. Feelings are an integral dimension of social perception that convey important contextual information. Cannabis, as an effective sedative and antidepressant, has this undesirable side effect when misused, especially over a long period. The benefits and enjoyment afforded by the drug may be paid for by complications caused by the user avoiding dealing with the causes of the emotional pain, as well as diminished functioning while under its influence. Cognitive impairment by continuing or over use of cannabis creates a form of mild dementia that may persist for up to several weeks after discontinuing the drug. Individuals sensitive to the drug report a persistent ‘hang over’ that diminishes the ability to pay attention and concentrate. The onset may be insidious, subtle, and gradual. This condition is reversible with abstinence from cannabis.

Dependence and Withdrawal: Because cannabis is such an effective medicine for the relief of many uncomfortable conditions, using the drug on a daily basis is not uncommon. One must decide issues of personal risks/benefits of continuing using cannabis. Withdrawal from chronic cannabis use can produce several nights of intense dreaming, low energy and depression – these effects usually end after a few days. Adverse effects can be reduced by good nutrition and treated by the use of tonic herbs. Cannabis, like DDT, builds up in the fat stores in the body and can stay there for at least a month. It’s mild toxic effect upon the myelin sheaf (fatty nerve endings), the liver and the brain where it effects the ‘basal ganglia’ the area of the brain which gives experience of pleasure and discomfort, could be alleviated with the use of the fat soluble B vitamin choline which is found in lecithin, a common product in health food shops. The medical herb ‘Acorus calamus’ is traditionally used in India to help restore damage to the brain cause by chronic cannabis use. This herb is controlled in Britain and only legally prescribed by medical herbalists or doctors.

Other Adverse Effects: A prolonged dullness after use of paranoia and a fear of loss of control. Cannabis, an effective relaxant, can cause an alienation or detachment. The price of relief of tension may be a dulling or suppression of feelings. Insensitivity to feelings of other or situations may result. Smoking even a small amount of cannabis after drinking alcohol can trigger an almost instant ‘whirling-pits’ effect, often followed by vomiting. Fresh air usually helps. Cannabis also causes the blood vessels in the whites of the eyes to dilate, giving the user red, bloodshot eyes (treatable with eye drops). Effecting the glandular and lymph systems cannabis inhibits the salivary muscles, resulting in dry throat and mouth.